The captive Tasmanian devil Sarcophilus harrisii insurance population was initiated in 2005 in response to rapid wild population declines due to a fatal, transmissible cancer. Wild-caught founders were sourced at the age of dispersal from disease-free areas during the programme’s early years. Despite devils having a long history of captive breeding, breeding rates remain low. Studbook records, annual reports and breeding recommendations in 2006–2012 were evaluated to identify factors influencing reproductive success in the breeding programme. During the study period, 39% of females (range 26–49%) paired for breeding successfully produced young. Captive-born and wild-caught females produced young at a similar rate (38.2% versus 42.6%). On average females produced their first litters at 2.1 years old, the average age of sexual maturity. The likelihood of successful production of young declined as the female increased in age (2 years=46%; 3 years=40.8%, 4 years=23.2%). Litter size did not differ between wild-caught or captive-born females (2.8±1.1 versus 2.6±1.1 respectively) and was unaffected by dam age. Females were more likely to be successful if paired with an older male. Despite adequate breeding opportunities, 27.4% (26/95) of wild female founders failed to reproduce and most successful female founders only ever produced a single litter (41/69; 59.4%). By the end of 2012, 53.7% of female (51/95) and 80.2% of male (57/71) founder lines were still active, confirming a founder line loss of 34.9%. While data were limited, enclosure features such as provision of dens with dirt flooring may influence breeding success. Although other elusive factors need to be identified, there is evidence that female devils need to be provided breeding opportunities at two years old and paired with older males to maximise their overall potential for breeding success. 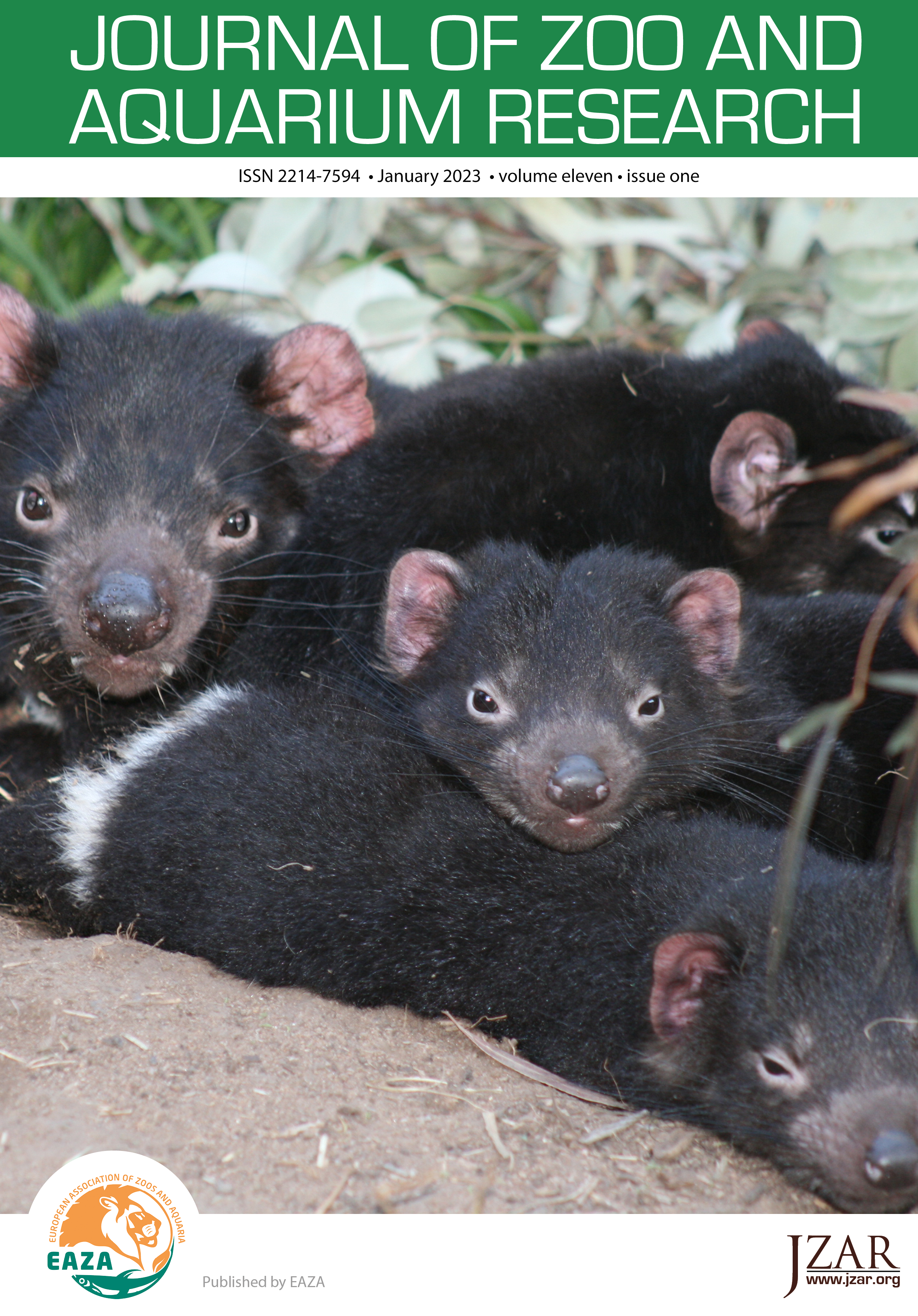