Evaluating the activity patterns and enclosure usage of a little-studied zoo species, the sitatunga (<i>Tragelaphus spekii</i>)

Ungulates can be underrepresented in zoo animal behaviour and welfare research, yet they comprise some of the most widely-kept captive species and as such, their lives within the zoo are worthy of closer investigation. Sitatunga (Tragelaphus spekii) are kept in numerous zoological collections globally yet current information on species-specific husbandry requirements and captive behaviour patterns appears limited. Many enclosures for ungulates can be uninspiring and generic; this study was designed to gain a better understanding of daily activity and enclosure use of a species that, in the wild, has a very particular habitat choice. Data were collect-ed at the former Cricket St Thomas Wildlife Park, Chard, UK on eight sitatunga to determine overall daily activity patterns and usage of all available areas of their exhibit. Instantaneous scan sampling of the whole herd during three periods each day (morning, midday and afternoon) allowed for changes in behaviour patterns to be assessed over time. The enclosure encompassed both biologically-relevant (long grasses, reeds and shallow water) and less relevant (open, short-grassed) areas; these were zoned according to features considered useable to the sitatunga and that could influence behaviour and time spent within that zone. Zone usage was analysed using a modified Spread of Participation Index (SPI) which indicated a significant prefer-ence for biologically-relevant spaces. Significantly enhanced behavioural repertoires occurred in the “natural” zones of the enclosure and three behaviours (standing, sitting/ruminating and eating) showed significant differences in performance between natural and artificial zones, and between time of day. Captive sitatunga display a daily rhythm in their activity, however comparison with wild data in the literature shows only few similarities in daytime activity budget and analysis reveals a significant difference between daily feeding patterns. Overall, enclosure design based on facets of natural ecology is important for the expression of a “wild-type” behaviour pattern in captive ungulates and sitatunga will actively choose more biologically-relevant areas of their exhibit when these are available. It is suggested that alterations to husbandry regime and management style of such specialised ungulates could help improve captive behavioural repertoires and enhance the display of such animals in the zoo. 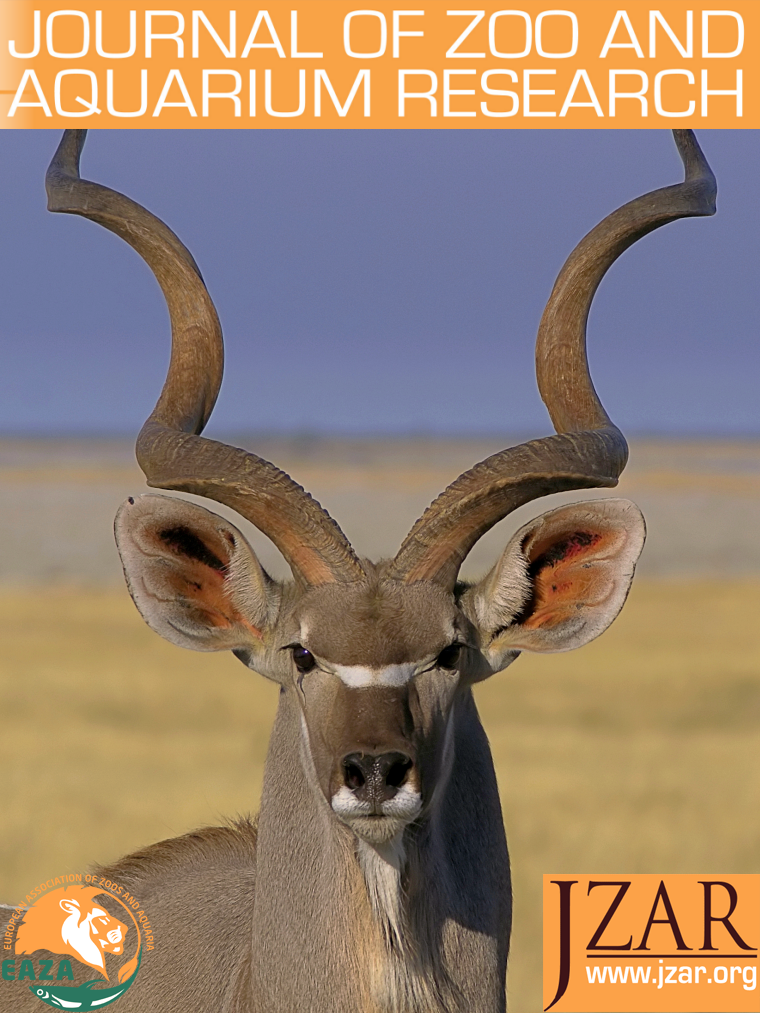